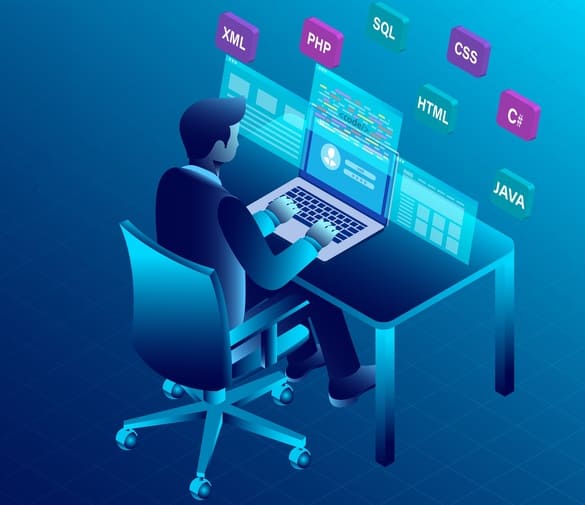 There is an increasing tendency for companies and services to have not just a functional site that performs tasks, but an aesthetically pleasing product with a pleasant design. Not so long ago, a site with a high quality UI/UX was already an advantage and stood out among the mass of competitive companies. At the moment almost everyone has got one, only the design changes, which is also difficult enough to surprise the user. Although this aspect affects more the area of marketing than design, to break through to the user’s consciousness is becoming more and more difficult, so this area must be studied by designers.

Using empathy in the design and construction of the structure of the site is a relatively new mechanics. Not many people dare to use it to the fullest extent, because according to business-kits and staff managers often look childishly naive, namely: “The site should be serious, only the most important and nothing extra”, and in fact it turns out that in this company’s site also pops up an application form every 5 seconds, kollebek jumps, reviews are written by themselves and generally in each nested page meets 5 quiz sites. This would partly have some truth to it if these techniques are not long outdated and have not become only to scare away the user.

But what if it worked to the benefit of the business through its unconventional nature, engaging the customer in the product and immersing them in the user’s problems specifically in your execution?

Right now, one of the key mechanics of engagement is playing on the user’s emotions

Empathy – empathy, managing the user’s emotions and attention, when like typical websites try to sell the service as much as possible by making themselves look like experts in their field. You can go the other way and not try to sell directly, but try to stay in the mind, get closer and imagine yourself in the place of the client. With proper empathy this brings decently more results. It is important to get into the user’s experience, get to know their experiences, problems, reflections and headwinds, in order to further use empathy in building the product.

Events and courses at tproger.ru

If you look closely at the available cases, the best examples of empathy in websites are mostly used by large companies that do not strive to convert every visitor into a lead at any cost.

The site doesn’t have to be perfect, it has to be closer to the user through emotion, which can be expressed not only in unique wording, but also through media, pictures and rethinking standard approaches in presenting information.

“Kitchen in the Neighborhood.” – agree, is more empathetic than standard naming conventions. A food delivery company promotes its packaging in addition to the main product, coupled with unusual presentation, relatively unique mechanics, and quality design. Immediately you can see the well-crafted visuals instead of throwing in features and stories about how long food can be stored in them and how convenient it is to move, store and generally how you used to live without that box.

The case seems to smell like an 18+ store, an adult film or a new iPhone, the cherry on top of which is an unconventional color scheme.

The new offer and the branding from the bank “Tochka” is moderately vulgar, possessing a charismatic background, which can leave memories of the site’s approach and its meanings. This technique plays just on the vagueness and ambiguity of the meaning of the title, thus becoming a unique and memorable.

At this point, the user has seen everything, show him what he might not have seen

At times out of the box can play the role of empathy in design, because it forces a different way to interact with the site, a different perception and use it. So the creative studio “B-rell”, working with major clients around the world, decided to stand out at the expense of unconventional site in the form of minimalism with scattered almost hierarchical information, but in harmony with the entire site.

We all can say that it’s jerky animations and ugly texts, but in this case the design fulfills its specific function – it provides information that will be remembered and, more importantly, the site itself will be remembered as an unusual decision of a creative studio.

The promotional site from Twitch is a brutal minimalistic typography, with comic strips of streamers on board, with which, incidentally, you can play the analogue of Flappy bird.

The clean typography not only allows you to focus on the meaning of the texts, but also makes the site stand out. The site has earned awwwards and css design awards for the innovation of its mechanics and design.

The use of empathy and compliance with the requirements of the target audience can be expressed not only in the selection of colors, emotionally appropriate topics, forms of design established in a particular area and for a particular target audience in its segment, but also in the texts that dispose to yourself. The use of humor to the extent possible, original wording in the offers in conjunction with the qualitatively elaborated visual data, the structure of the site and the user’s way.

What Is Web Designer Really Does?

If Famous Artists of the Past Were Designers?