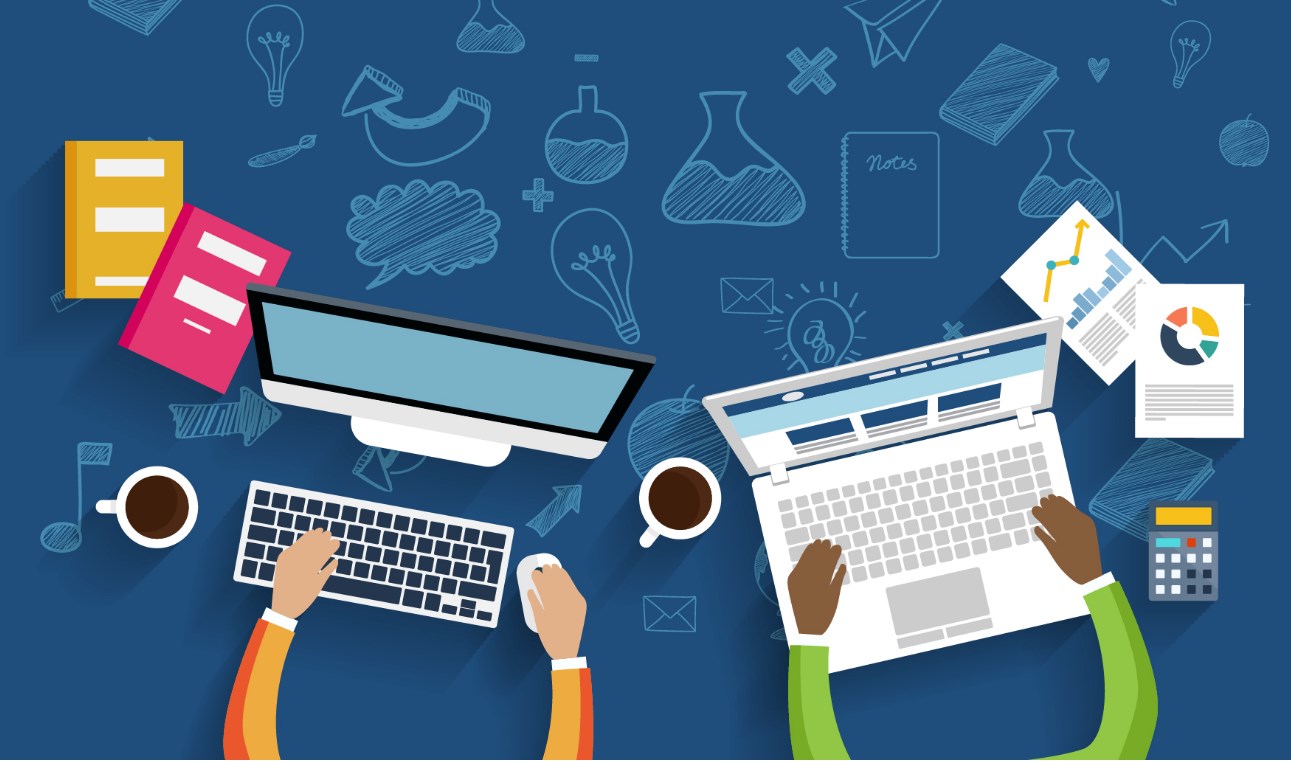 By the word “readability” we mean how legible and easy to read words and individual characters in text. One of the primary criteria for effective design is that the text is legible and that users can read it with ease. The small size and over-lighting of mobile devices can be a challenge for developers to create a design that’s easy to read. Developers need to consider all factors that affect readability of text in order to avoid many characteristic problems in the future.

When it comes to mobile devices, font size matters more than ever. There is an opinion: small fonts for small screens are the best option. Unfortunately, this is far from true. Small fonts on bright smartphone screens will cause headaches and irritation to users. Of course, for most devices the function of enlarging the content of web pages is supported, but not all users will find it convenient. Fonts for UI design for mobile devices should be large enough for users to easily read text, but not huge, because the design hierarchy must be respected. Choosing the right font size is the key to effective UX.

As we mentioned earlier, line spacing is the distance between the bottom and top of the lines. For mobile devices, line spacing tends to be smaller than for desktops. Too much line spacing can destroy the visual integrity of the text, but text with small line spacing will be difficult to read. With the right line spacing, users can easily move from one line to the next and the text itself will appear legible.

For users to be comfortable reading text from mobile devices, developers must take into account many parameters, including the length of the lines. The optimal line length for desktops and mobile devices are far from the same. As a result of too long lines may extend beyond the boundaries of the screens of mobile devices. Thus, developers are advised to place no more than 30-40 characters per line.

If the design elements are collected in one dense bundle, the user interface will look cluttered, and the navigation of the site will only become more complicated. Developers should think carefully about the location of the elements themselves, as well as the empty space between them, so that users could easily perceive the information. The size of mobile devices does not assume the presence of large empty spaces between the elements. Thus, it is necessary to find a golden mean between the abundance of empty space and the clutter of elements.

Visual hierarchy of elements is used to organize the elements of the interface site. A proper visual hierarchy allows users to easily identify site elements due to their differences in size, color, location, etc. Thanks to this hierarchy, the content on the site is distributed by levels, and users can easily become familiar with the information on your site. There are often three main levels of content considered in web design: the header, the subheader, the body of the site, and among other things, the CTA buttons. However, the small size of mobile devices makes it impossible to place site elements on three levels, and developers have to settle for only two levels. Elements for the secondary level (subheading, for example) are ignored, which makes the UI look more efficient.

A key feature of an effective UI for mobile devices is simplicity. The design needs to be clear and the navigation needs to be easy to use. Thus, when choosing fonts, you need to consider the above features. First of all, it is recommended to limit yourself to two or three fonts for greater design integrity. In most cases, developers stop at two fonts for mobile devices, because the latter require a simpler hierarchy than, for example, for web design.

Moreover, fonts need to be chosen so that the overall design looks simple and clear. Decorative fonts can look illegible on the screens of mobile devices. Developers often use fonts such as serif and sans-serif to create contrasting elements. In addition, it will not be superfluous to reduce the effect of shadows in the design for mobile devices. For desktops such an effect can be quite successful, but not for mobile devices, where it will seem overloaded interface.

Contrast – an effective tool for developers. With it you can highlight the important UI-elements, as well as achieve the desired level of readability of the text. Nevertheless, overly expressive interfaces of mobile devices can play a bad joke with the developer: small screen size, too bright colors and discreet text font make contrasting images unpleasant for perception. By reducing the contrast between the background image and the rest of the elements, developers provide a calm design, making it more comfortable than ever for users to read text from mobile devices.

To create a visual hierarchy of elements, experienced developers create contrast not only by using different colors, but also by using different font sizes. Nevertheless, in most cases, creating huge headers for mobile device interfaces is irrational due to the limited space of the latter. Thus, the contrast in the size of fonts should also be minimized.

Today you can go to the Internet with almost any device. For this reason, adaptive design is one of the most important conditions for creating a successful digital product. The placement of elements is a key factor in adaptive design. Improperly chosen dimensions and placement of text will have a negative impact on the entire design. Even the smallest tweaks to the size and placement of text can destroy the balance between all of the design elements.
When developing a digital product, developers should think about what role this or that element will play and, most importantly, whether the design elements will display equally on different devices. Thinking ahead about how design elements behave on different devices can help prevent unnecessary problems in the future.

In order to create a simple and accessible interface for mobile devices, developers should take care of prioritizing content. It’s important for users to find the information they’re interested in with ease, but the limited size of mobile devices can make that process much more difficult.

UI design for mobile devices does not assume the presence of unnecessary elements on pages: only the most necessary content with a clear hierarchy. Knowing in advance what visitors will be looking for in the first place, developers create an effective structure of the interface, so navigation is as convenient as possible, and users can easily find what they need. Depending on the priority of text elements are assigned different fonts, as well as their size and width.

Indentation on both sides of the text

Depending on the type of web product to be created, developers apply the appropriate arrangement of text blocks. Such blocks can be shifted to the left, right, aligned in the center or stretched across the entire width of the page. However, given the peculiarities of design for mobile devices, developers generally opt for the alignment of elements on the left side of the page. Thus, the initial location of the first line completely corresponds to the location of all subsequent lines. This structure allows users to browse the text fluently and easily move from one line to another. In the case where the main text is stretched across the entire width of the screen, the indentation on both sides of the lines is completely absent. It is worth bearing in mind that users will be uncomfortable viewing such a text on mobile devices.

Mobile devices should have much more functionality than desktops: unlike the latter, mobile devices do not allow for the ability to find the information you want by using a large number of jumps and scrolling pages. On the other hand, for this purpose the interface of mobile devices uses text elements, with which users can perform various actions: make purchases and calls, navigate to other web pages, etc.

Developers need to make sure that users easily understand which text element is responsible for a particular action. Elements that perform certain actions should stand out from the rest, and elements with links should be large enough for users to easily click on them.

Minimalism. The screens of mobile devices are quite small, so try not to overload their interface. Use simple fonts, clear style and minimal number of elements on one page.

First of all, the smallest devices. There are many sizes of mobile devices, but for the most part, devices whose screen sizes are relatively large are the least problematic. First and foremost, design your web product for small screens. After that, adapting the created design for larger screens is usually not difficult.

Do not use fancy fonts. Fancy fonts look bad on small devices. In addition, such fonts visually overload the interface abundance of unnecessary details.

Focus on legibility. Of course, an attractive UI-design – it’s a big advantage, but too bright colors, too obvious contrast, unusual fonts can serve a bad service readability of content. Text that looks attractive is not a huge advantage. Thus, make sure that the text on your site is readable, otherwise users won’t be able to get the information they need.

Creating a UI design is an interesting and fascinating task. Use the tips given in this article to create a web product and you are sure to be pleased with the results of your work.