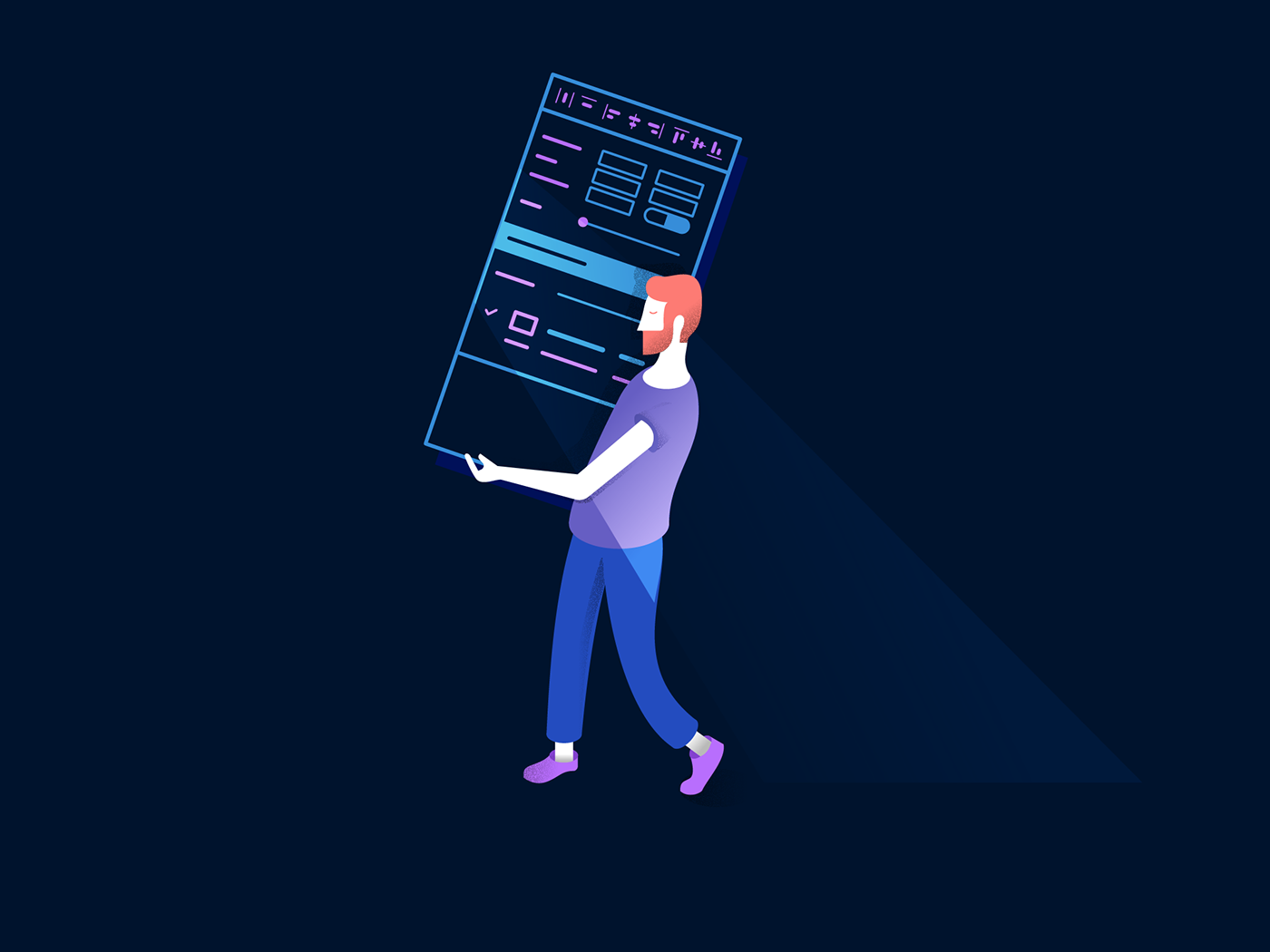 We tell you what dark patterns are and how companies make a user perform a certain action, even if they don’t want to Dark patterns, or “dark patterns,” are a type of user interface that is designed to trick or get a desired result against the user’s interests.

Dark patterns began to be used en masse after the explosive growth of the e-commerce industry. Companies realized that with so many choices, just offering a good product and standing out wasn’t enough. In the early 2010s, companies started using different tricks to trick users into doing what the company or designer wanted.

That said, you can’t say that dark patterns are limited to the Internet. For example, small print interest rate terms in a bank are also a kind of dark pattern.

Read moreCharismatic Design or Using Empathy to Engage the User

It’s important to note that dark patterns are not just an ill-conceived design. Such an interface is created specifically to mislead the user. And, to make the interface as “dark” and effective as possible, designers even resort to human psychology.

One of the most famous examples of a dark pattern in design is forced subscriptions. Almost every streaming service offers a free trial period, which requires you to provide your bank card number in order to connect. This information is needed so that at the end of the trial period, your card will be charged automatically.
For example, Kinopoisk:

Superfluous goods in the cart

A situation familiar to everyone: you want to go to the site, add a product to the cart, but at the stage of ordering you find that the total amount has increased.

You want to find out why this has happened, and realize that the service has added several items to the order without your knowledge.

A well-known example: the site of Russian Railways and “ticks” in front of the insurance, which add to the price of the ticket ₽200-500:

A similar pattern is used by airlines, too. For example, when a low-cost carrier offers you the choice of a seat on the plane for an additional fee, putting the “continue without seat selection” button farther away.

Sites with pirated content often use another dark, misleading pattern.

You’re about to download a program, go to the download page, and see a big “download” button. Clicking on it may redirect you to another site (in case the button is just an advertisement for a third-party resource), or prompt you to enter your personal information (such as phone or bank card number) in a drop-down window.
The large “download” banner on such sites simply distracts attention, while the actual link for downloading the content is located elsewhere. For example, it is signed in a smaller font.

Confusing navigation and entreaties to stay

Another example of a dark pattern that is particularly prominent on Facebook is the inability to perform a simple action. For example, delete your account.If you want to deactivate your Facebook account, you’ll have to figure out the confusing navigation and confirm your decision several times (even though it’s impossible to accidentally delete a Facebook account).

Once you get to the account deactivation section, you’ll need to select the reason for your decision.

By selecting “I don’t find the Facebook platform useful,” you’ll immediately see a pop-up that tries to keep you on the platform by explaining that it’s possible to make friends on Facebook. Perhaps you just haven’t figured out all of the social networking features.

Even if you clicked “close,” Facebook still won’t let you go, once again showing the pop-up window highlighted in yellow. Apparently, in order for you to reconsider your decision.

This is a dark pattern that social journalism platform Medium uses, for example. If you are an active user of the platform, you may have noticed that Medium has introduced a premium account system.

Now if you don’t have a paid account on the platform, Medium constantly informs you that you can only read user articles without restrictions with a premium account.

If you decide to read another article from certain authors, you can’t do that. The free article limit has been reached.

Actually, this restriction only applies to certain authors, and reading articles by other people (for example, those who don’t have many subscribers) remains free for everyone.

Despite this feature, Medium uses a dark pattern that misleads people into thinking that the platform is now paid.

An example that is often used when asking people to sign up for a newsletter is a kind of sentiment game, where the user is asked to enter their email in a drop-down box, and if they decline, they have to click on “no, I don’t want to receive favorable offers.”

Sergei Bortsov, the art director of the web department of the communications agency SETTERS, explains: “Indeed, it may seem that most of the described examples look like design errors in the interface. But these mistakes are a consequence of the formation of those very dark UX-patterns. The task of such “mistakes” is to make the experience of using your service for the user as uncomfortable as possible. To substitute, to cause guilt, to mislead. The creators of dark interfaces know exactly what they are doing.

How to strike a balance

Depending on how the balance between business needs and user experience design (UX-design) can be divided into three categories: white, gray and dark.

In white UX, the user is the priority and the company will benefit, but in the long run.
Gray UX involves gimmicks in design, but only those that the business really needs to benefit. The user is important, but the business doesn’t always act in their best interest.
Dark UX confuses the user, keeps them on the site, and makes the experience unpleasant. But the business gets a quick benefit.

The ultimate challenge for a company is to strike a balance between its own needs and the needs of its users. It is quite difficult to do this, because the goals of business and customers are different.

Sergey Bortsov: “Exaggerating, we can say that the company does not care how it gets money: through hidden buys or showing an extra portion of advertising to a client. The user has a different goal – he wants to solve his problem as quickly and painlessly as possible (especially for the purse). It’s important to strike a balance here. In the choice between black and white UX designer or company should choose the gray (preferably light gray).

Why big companies need it

The latter even got a separate kind of dark pattern, named after the founder of the social network, Mark Zuckerberg – “privacy zuckering.” Such a pattern refers to a trick where the user agreement is either hidden from people’s eyes or written so incomprehensibly that most people won’t want to go into details. At the same time, the social network, for example, may reserve the ability to collect users’ personal data and share it with third parties.

In countries where the protection of personal data is difficult, the use of such patterns can be a threat to users.

According to Sergey Bortsov, large companies use dark and gray patterns because they are monopolists on the market: “Large monopoly companies benefit from this, because there are no analogues to their product. People will continue to use Facebook and Google, even though they collect data ‘quietly. Everyone is used to that, and the corporations themselves are icons for the web industry.”

Prohibiting the use of dark patterns

Restricting the use of dark patterns is being discussed in the U.S. and at the federal level. At the end of April 2021, the Federal Trade Commission held a seminar where they discussed, among other things, how dark patterns manipulate consumers, what groups of people can be especially vulnerable and what rules need to be developed.

“As government agencies gradually come to regulate the use of dark patterns, it is now especially important for companies to think about the user. There’s one solution: we have to be vigilant when using these design tricks, not go overboard, and generally try to be ethical in the development of user interfaces.”

How to Choose the Best Phone Tracker Apps

Charismatic Design or Using Empathy to Engage the User